Our institute gives training to 22 girls and 8 boys between the age of 17 till 32 (average age of 22 y.o.). Students coming from all over Bhutan have completed class ten (15%) or class 12 (85%). Most of them were staying at home or working in the fields while waiting for a job opportunity. Our three different programmes help them to make the bridge with the hospitality work market. Below is a small presentation of our trainees: 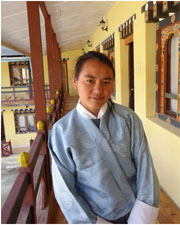 “We provide the necessary tools for our students to become self-supporting – so the students can have a good future.“
Read more

Bongde Institute of Hospitality and Tourism